The nature of the beast

I’ve spent the last decade mostly thinking about two things, although not always concurrently:  teaching and dogs.  Which naturally might lead you to the following conclusions:  I probably make very little money, and I probably have fur on my pants and poop on my shoes.  You’d be right on both counts.

What I find fascinating about the field of education, specifically the practice of teaching, and that of dog ownership and training, is the degree to which people presume their familiarity and simplicity.  I know of no two other arenas in which the average person assumes such complete expertise and authority, grounded in almost zero experience or knowledge.  The reason for this?  Traditional public education and dogs are pervasive in our world.  Your average person in the United States has spent the first 18+ years of his life sitting in a classroom in front of a teacher, being “a student”.  This same person has also most likely either owned a dog or at least grown up around  one or more dogs at some point, even if it’s just passing them on the street or getting irritated every time the neighbor’s retriever craps on their lawn.

Unfortunately, the same cannot be said for people when it comes to hospitals and kangaroos. . .

Meaning that it’s unlikely you’ll meet somebody who automatically assumes they know everything about being a doctor or training and caring for a marsupial, because chances are they’ve had very little exposure to either and consider them to be fairly foreign concepts.

Even people who are born with chronic diseases or disabilities, and who find themselves in and out of various medical establishments, rarely think their life experience as patients qualifies them to be doctors.  Because even if you’ve spent half your days seeing specialists for leukemia and might know everything about it, you’d likely still be useless to that first patient who comes to you afflicted with cystic fibrosis.  Even with something as simple as home repair or construction, the typical home owner is going to at the very least either consult an expert resource for training and help–whether that be the DIY network or a Home Depot employee–or at least admit that they really have no idea what they’re doing but are just going to wing it with that electrical wiring project in the basement anyways.

And yet everybody somehow thinks they’re magically qualified to be a teacher because they’re “smart” and graduated college, and that they know exactly what a dog thinks and feels and how it should be trained because of their vague childhood memories of Muffin or BooBoo, not to mention the wealth of cleverly produced shows available on tv now readily spewing dog training gems from the mouths of so-called “experts”.  This is what we refer to in the educational field as the “apprenticeship of observation.” The reason folks think like this about such commonplace things is a problem of perspective, mainly theirs. 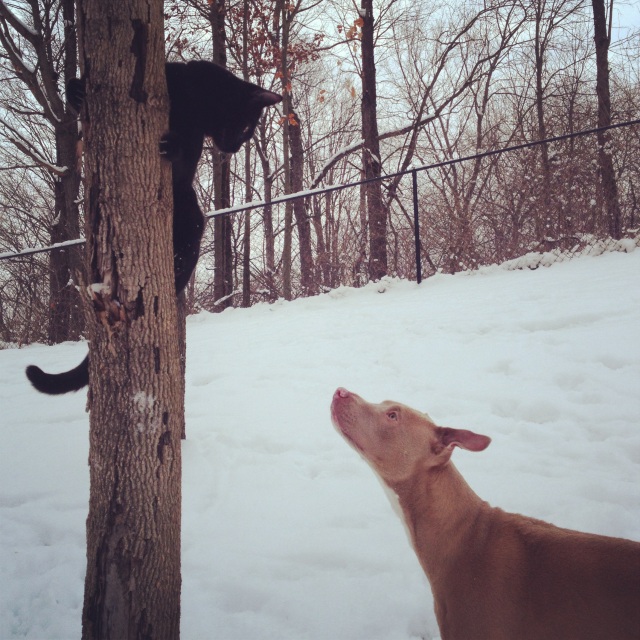 We human beings are a simple, transparent bunch.  Rarely are we ever able to imagine the possibility of another living creature maintaining a perspective different from our own.  We view the world a particular way and can’t comprehend why or how anybody would see it differently:  Why would anyone want to live in New York?  How could anybody live anywhere else other than California?  Who doesn’t like to watch football?  Why would anyone eat sushi?  How can you sleep at night voting Republican? What kind of person would give up their pet?  How could anyone not grow up with a mom and a dad?  How could anyone not think babies are cute?  How could you not know how to swim?  Why would anyone not want to get married, buy a house, and have five children . . . all of whom will grow up to be the same kind of presumptuous person that I am?

We are slaves to our own experiences in life.  We pass judgment on a profession such as teaching and claim to know exactly how students should be taught, because we assume every teacher will have a classroom full of students just like us, with lives just like ours.  This mindset is perhaps the single biggest downfall of, and certainly the greatest challenge, that every teacher-in-training faces.  I would also argue it’s the most offensive trait our species as a whole has to offer. 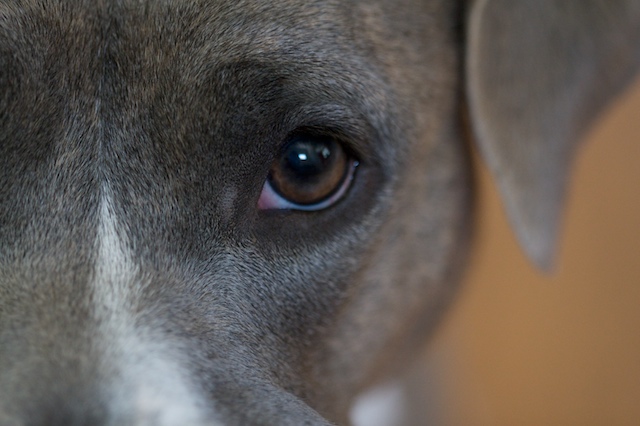 The situation with dogs in our society is even more problematic.  Because in this case, we’re not only projecting our own perspective onto another, but we’re doing so with a human perspective and a non-human being.  In this case, dogs are now victims of their own evolutionary success.  People engineered dogs specifically to live and function in relation to the human world, and dogs have since turned out to be so wildly successful at socially adapting to that world, that they are now subjected to our assumption that they are just like us and must therefore understand everything we do from the moment they are born.  More troubling is the fact that there are now individuals who are taking additional liberties with caring for and training dogs that are far beyond those taken with the teaching profession.

At the bare minimum, most folks will concede that they need to at least take a couple tests, read a few books, and/or gather some operational knowledge in relation to becoming a teacher (as sad as that minimalist view is).  Most of them claim they want to be teachers because they just “love kids”.  So glad to hear that’s all you think it takes.  And while public education has certainly suffered from such an approach, there are at least some safeguards in place given that teaching and learning involves the welfare of human beings.  This perspective, however, is intensely problematic in the dog world.  Because people who just “love dogs”, whether they’re CPAs, auto mechanics or cashiers at Wal-Mart, are now taking it upon themselves to train and rescue dogs with virtually no professional standards or training holding them accountable, let alone experience or knowledge.

Projecting our own subjective assumptions about emotional state and motivation onto our dogs, and assuming that anybody is qualified to own, train and/or rescue dogs comes with a number of unfortunate consequences.  At the minimum we find owners doing things like putting fluffy, pink plaid coats on their dogs and claiming the dog looks “guilty” when they come home to a mess, but hopefully inflicting little emotional or physical damage on them.  At its worst we see owners euthanizing family dogs because leaving a heavy-handed 3-year old unsupervised with them resulted in a defensive nip, and we see good-intentioned dog lovers founding their own rescue groups that begin as altruistic organizations and end as unsuccessful kennels, or worse, animal hoarding cases.

The perspectives we maintain and the language we use to convey them shape the world we live in.  At our best, those perspectives and that language are constantly growing, evolving, as we learn more and take care in examining the world around us.  At our worst, we let those perspectives and that language stagnate in relation to the commonplace.  We take the familiar for granted, ultimately leading us to pass judgment on and craft the biographies of others while never really knowing ourselves; inspiring us to new heights in the fields of medicine and technology while maintaining an educational system that is 200 years old.  And driving us deep into the wilderness to catalog the social activities of the Bengal Tiger population in an effort to save the species, while at home we put electronic shock collars on the dogs who share our houses and our lives with us.

This blog is, for the most part, an experimental commentary on the parallels between our educational system and how we approach domestic pet ownership, and the ironies flourishing in both.  But it is also a space in which I hope to explore some of the things in life that keep me up at night and help me get through the day.

8 Responses to The nature of the beast

Leave a Reply to And Foster Makes 5 Cancel reply