Reading between the lines

Posted on September 2, 2014 by emily douglas 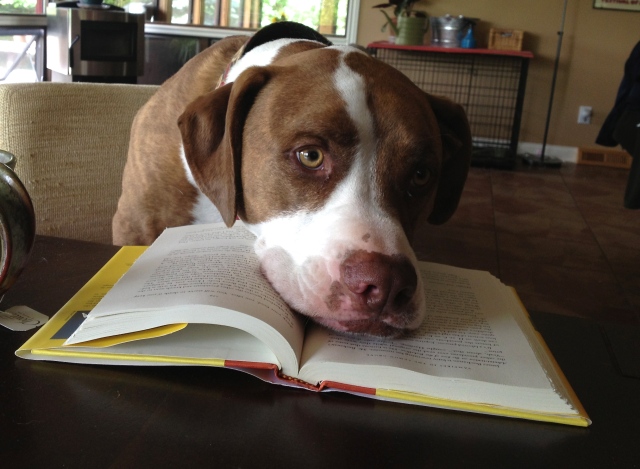 I create and analyze text for a living. Meaning that language is my trade. I use it to shape the kind of world in which I want to live, I use my knowledge of it to be a critical consumer and producer of information, and I spend time teaching others to do the same.

The words we read, write and speak have power and consequences. It’s often the reason we do or don’t go to war, vote for one person versus another and transform injustices into social movements. It can also often be the reason we do or don’t get along with others, whether they be our friends, family, authority figures or folks we’ve never met. Language can mean the difference between getting arrested and going to prison or not, getting a job or not, getting into college or not, getting access to lifesaving health services or not, having your dog confiscated and euthanized or not. Language matters. 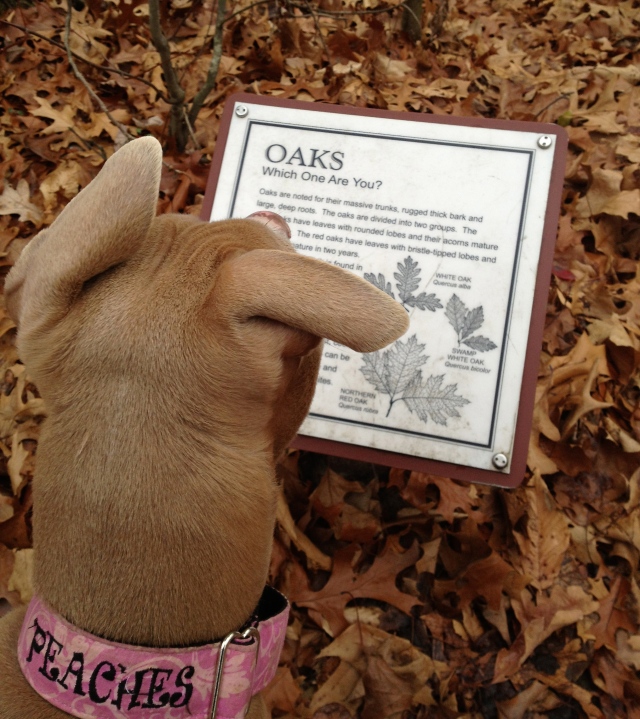 When I use the word “text” above, I don’t mean it in the traditional sense that most people use it. (Of course “traditional sense” is up for debate as well now that “texting” is officially a verb–but no matter).

A text can be any kind of artifact that uses language, symbols or imagery to communicate a particular idea. In the traditional sense, a text might be a book or a magazine article. A text can also be an official document like the Declaration of Independence or a legal contract. It can be a religious text like the Quran or Bhagavad Gita. A text might use language in print, or it may not. A child’s drawing with misspelled yet purposefully used words is a text. The following are all examples of “texts” that can be “read” and analyzed:

These are all “texts” that can be studied and evaluated for content, context, meaning and purpose. 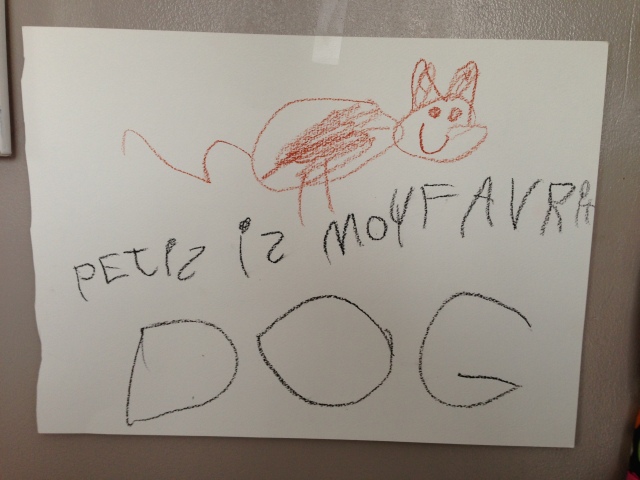 One of my favorite examples of learning to critically analyze texts is the Media Awareness lesson included as part of the Girls on the Run program curriculum. In this lesson, focused on helping girls in grades 3-5 become informed consumers of advertising, the girls are given a series of common magazine ads promoting different products ranging from food or drink choices to clothing and skin care products. And then they’re encouraged to ask the following types of questions:

Too much for a 3rd grader? Not even close. Today’s grade school students are often savvier readers and more nuanced thinkers than most of us were in high school, or are now for that matter.

Taken from Global perspectives on literature and literacy, http://sese-ecce-educ376.blogspot.com/

Being a critical reader is important. And in a world increasingly driven by social media and the bite-sized yet power-packed texts it produces, stopping to think first and asking these kind of questions before reacting is key.

Which brings me to a text that I stopped to think about and carefully evaluate when it first appeared, because it seemed so remarkably out of character for the group that produced it. The following is a blog post that appeared on BAD RAP’s Facebook page last week, and that has since morphed into something akin to a scene from Attack of the Killer Tomatoes. 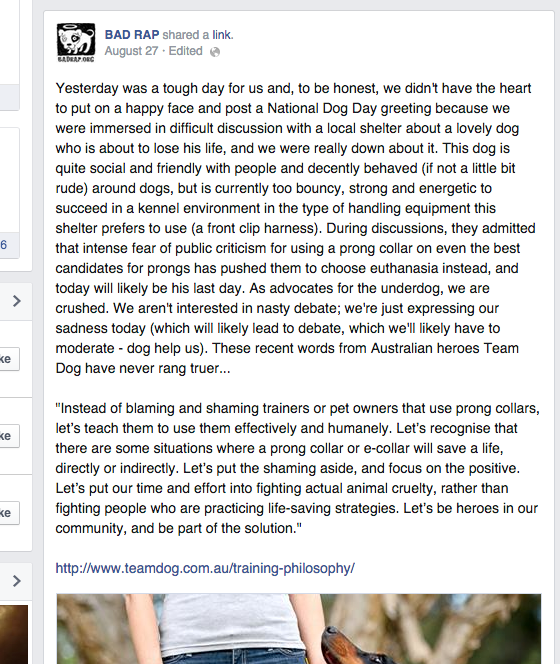 If I approach this Facebook post as a text of its own, and ask myself some of the above questions in relation to meaning and purpose, here’s what I see as a critical reader:

The first sentence of this post suggests that BAD RAP’s leadership was engaged in a frustrating and depressing interaction of some kind, and felt the need to take it into the public forum rather than keeping it private to the parties involved.

Simply put, like a lot of folks in animal welfare, they were having a particularly tough day and needed to vent to someone about it, with the hope that it would make them feel better. That is the only reason to ever craft a sentence starting with, “Yesterday was a tough day for us and, to be honest, we didn’t have the heart to put on a happy face . . .” This suggests a strong need for sympathy and support.

The purpose behind this post is a tough one, because what it says is not what it does. In the entire history of Facebook, I don’t think anyone has ever used the phrase, “we aren’t interested in nasty debate” unless they have consciously decided to write or share something that will cause just that.

And following that phrasing with “we’re just expressing sadness” is also purposeful language. It’s purpose: To paint the author in the role of sensitive victim (and “advocates for the underdog”) in that debate, while establishing the other folks in the debate as those who are doing things to make them sad.

As a critical reader, I see the purpose of this post as the following:

To take an incredibly nuanced, and complex subject like shelter euthanasia and boil it down to a simplified either/or discussion in which BAD RAP is the victim and everybody else who doesn’t agree 100% with everything they say are the perpetrators. In this case, the dog killers.

What is this text trying to get me to do?

This text is trying to get me to pick “a side” where there really is no side to be had. But it’s also doing something more insidious than that. This post is trying to get me, as the reader, to engage in a particular dialogue that the authors are unwilling to do on their own. If they had been willing, they would have fully vetted this discussion via one of their blog posts or written an article for a local or major publication happy to share their story. But they went the Facebook route instead.

Here’s what was written:

We aren’t interested in nasty debate; we’re just expressing our sadness today (which will likely lead to debate, which we’ll likely have to moderate – dog help us).

And here’s what might as well have been written:

Creating this kind of false dichotomy between prongs and harnesses and engaging in this kind of oversimplified debate about a complex problem is technically above us, since, after all, we’re a professional non-profit organization who should be spending our time engaging in all the great work we normally do and setting a better example for others. So would you mind launching that nasty, ill-informed debate for us, so that we still look like the good guys?

One aspect of this post that left me most frustrated as a reader was its unapologetic lack of information about a particular situation that could not be properly evaluated by anyone without all of the facts.

Basically, everything that matters. Professionals in animal welfare, BAD RAP included, know all too well that most shelters are frighteningly underresourced and are an easy target for the public and other welfare groups when it comes to euthanizing animals. And because of that, it’s typically considered poor form to air a shelter’s dirty laundry or share too many details about specific situations with a less informed public that doesn’t have all the facts.

But if you are going to make the incredibly dicey, controversy-fraught decision to share one of those stories and get on a public forum and say that a shelter is euthanizing a healthy, adoptable animal unnecessarily, you would think that it would be important to share all of the available information so that the public you’re sharing it with could assess the situation for themselves in an informed manner.

However no such details were offered here, except for one: The preferred tool of choice, “a front clip harness.” That’s the equivalent of showing up at a murder trial and pouring a bucket of the victim’s blood all over the defendant in front of the jury, and then claiming that the prosecution rests minus all the facts, details and evidence. Let’s just bait this hook and see what bites . . . knowing full well what will.

They did later try to offer some elaboration and additional details amidst the frenzy of comments that followed. But by that time the ship had sailed and details just didn’t matter any more. You can’t put toothpaste back in the tube.

It also seems likely that we’re not being given the whole story because of their choice to say that the shelter “admitted that intense fear of public criticism for using a prong collar on even the best candidates for prongs has pushed them to choose euthanasia instead.”

Forgive me, but what else are you not telling us? Because the reality is that a Behavior department who lets fear of public criticism be the deciding factor in whether or not a dog dies is no behavior department at all. And therein lies the real issue: Most shelters in this country do not have the human or monetary resources needed to create and staff an actual department devoted to animal behavior, capable of making informed, thoughtful, expert decisions about behavior modification and euthanasia candidates. Now there’s a topic that’s worth digging into. 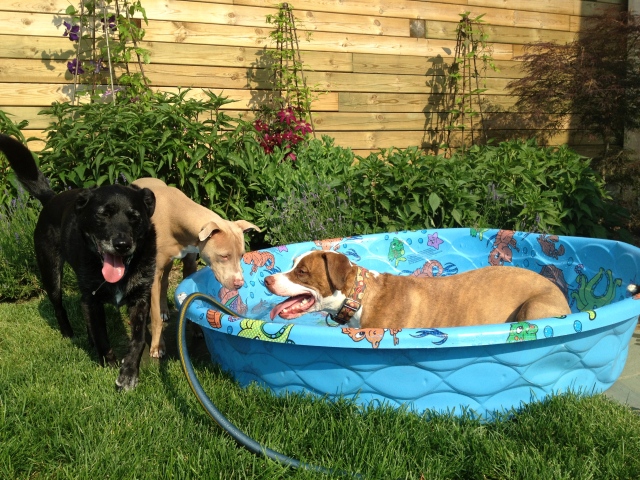 Are there any sources cited to support this post’s claims?

To add some legitimacy to their post, they pulled a quote from an Australian based website called “Team Dog.” The quote itself is a very effective choice in supporting their argument.

But when you click on the link and visit the actual page (which most Facebook readers will not bother to do), you find yourself on an anonymous website with almost no substantive content of any kind, no original content to speak of (everything on it is generic and can be found in hundreds of other sources) and there is absolutely no information about WHO the person(s) is that authors the site. How can I possibly attribute any kind of credibility to a website that is not transparent about who is producing its content and where they got that content?

Does this post ultimately contribute something positive to the conversation on “pit bull” rescue and welfare?

500+ vitriol-laced comments that have gotten us nowhere new and two or three subsequent related posts later (not to mention the countless hours that BAD RAP has obviously spent moderating this atomic bomb of a conversation), I would have to say no. This post resulted in a net negative for pit bull advocacy.

I follow and support BAD RAP as an organization and have done so for many years. And the two primary reasons that I have done so are 1) They focus on quality of life and care, not quantity of dogs rescued–which is why you see so many fabulous posts with happy, healthy dogs romping on their property and successfully progressing towards adoption, and 2) They focus on sharing positive, productive messages in the public forum (such as any one of their many wonderful outreach and community-focused posts) and do not bait the trolls at the extreme ends of the endless number of hotly charged topics in animal welfare.

At least, that’s what they used to do. They seem to be on a new course now: One that no longer champions the welfare of the pit bull, but rather that of the straw man.

For a follow-up to this post, please read: A hostile act

32 Responses to Reading between the lines