The Romance of Rescue 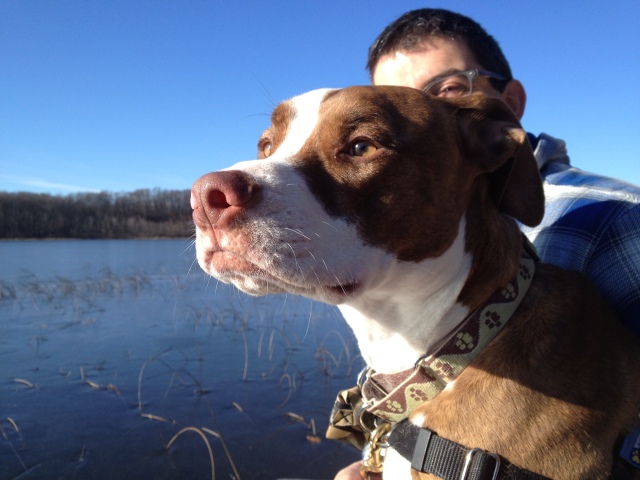 I must say, we humans love a good rescue story, fact or fiction.

The princess in the castle tower. The baby in the well.

Old Yeller saving Travis from the wild boars, and he in turn saving Old Yeller from the circling vultures.

Richard Gere rescuing Julia Roberts from life on the streets. Captain Phillips rescued from the hijackers. Bruce Willis, Arnold Schwarzenegger and Sylvester Stallone rescuing the good guys from the bad guys again and again until we lose track of who’s who.

For those of us concerned with the welfare of pit bull type dogs, there is perhaps no more defining rescue than that of the Vicktory Dogs. But here’s what’s really interesting about that particular rescue. What ultimately made us all so enamored with the rescue of those dogs wasn’t the fact that they were rescued, but rather the quality of care provided to them AFTER most of the cameras stopped rolling. And this is where I believe that the singular idea of the rescue story has led many “rescue” groups astray, and why I believe that many folks are now inappropriately equating involvement in rescue with efficacy in animal welfare.

Recently I wrote a guest post for Your Pit Bull & You in which I posed the following questions:

Have rescue groups unintentionally limited their ability to serve the dog welfare community by labeling themselves “rescues”?

There are an infinite number of reasons for posing such questions in relation to dog rescue. But here’s the primary one for me: We have too many groups focusing on RESCUE, and too few focusing on WELFARE.

Rescue is sexy. Whereas Welfare is offensively practical, and oftentimes dressed in a terry cloth robe and house slippers.

Buster Brown says, “Hey baby, come rescue me and I’ll make it worth your while.”

But, the real powerhouse rescue groups are as successful as they are because they know how to make welfare sexy. And coincidentally they do it without ever having to flash the term rescue. Best Friends Animal Society. Bay Area Doglovers Responsible About Pit Bulls (BAD RAP). These are the primary groups responsible for rescuing, rehabbing and rehoming the Vicktory Dogs. And although their involvement in the “rescue” process was certainly well-publicized (I personally was infatuated with the story of BAD RAP driving a motor home full of pit bulls across country incognito), the welfare provided for these dogs after the rescue was the real main event.

And yet again and again I see well-intentioned “rescue groups” reproducing the rescue part of that equation very successfully, while stumbling around in the dark with the remaining pieces of the puzzle.

I also see “rescues” engaging in rescue when education, outreach and/or support would have been more appropriate responses. But engaging in those activities requires actual thought, planning and knowledge, none of which are as fun to think about as the endless positive feedback loop provided through the act of rescue. Who Rescued Who? makes a pretty bitchin’ bumper sticker. Who provided Outreach, Education and Resources for Who? . . . Hmm, not so much. Especially since it should technically read for Whom?, not for Who? 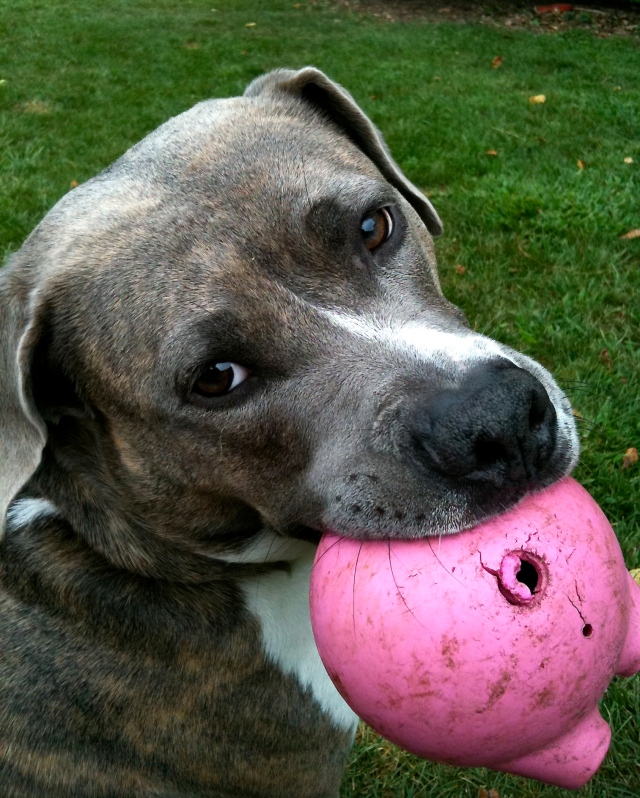 Imagine if, in the closing scene of Pretty Woman, Richard Gere climbed up the fire escape only to discover a relaxed, confident Julia Roberts, sitting on her couch with a representative from a local women’s advocacy center. Julia Roberts turns to her “rescuer” and says, “Oh no worries, dude, it’s cool. Gloria here got me set up with some classes and a job at the local junior college, and to be honest, I’m really looking forward to living independently and taking a break from dating for a while.” Well that’s no fun. And it’s certainly not going to win you an Oscar nomination.

And yet that’s exactly what we should be pushing for in the dog welfare community: No rescue needed, because other options that provide great welfare for dog and owner are available. I feel like BAD RAP has been saying this until they’re blue in the face lately. From a recent post on their Facebook page:

Want to save lives? Bless you! Keep your eye on the prize and stay stubborn about the need for proactive, community-based dog owner support programs in your town. Keeping them HOME will save more dogs than the best efforts from of all of the rescue groups combined.

But the romantic notion of the “rescue group” persists. Why? For a number of reasons, three of which are as follows:

Be passionate, sure. Be emotionally invested, fabulous. But don’t take it personally.

I believe that when you decide to start your own rescue group because you want to help “pit bulls” you are in essence putting the cart before the horse. You shouldn’t be rescuing before you’re prepared to provide welfare.*

Be prepared to evaluate your current habits and your most entrenched beliefs, and seek out help in objectively assessing whether or not change and additional resources are needed in order to accomplish your goals.

I’ve said this in relation to “pit bull” advocacy, and it is as equally important for “pit bull” rescue: Be proactive, not reactive. Don’t constantly post “Urgent! Foster Homes Needed!” requests after you rescue a dog. Proactively recruit, train and manage a network of appropriate foster homes that are prepared to take in rescued dogs when they arrive. And make sure that whoever is doing the recruiting, training and managing actually possesses some basic level of professional knowledge about dog behavior and training.

Stop using recycled catch phrases like “Saving one dog won’t change the world, but for that one dog the world will surely change,” and “It’s all about the dogs.” Honestly, if that’s really the case, then you shouldn’t need to say either of those things. Using clichés like these as evidence for your success is like showing someone a stock photograph of some vegetables while you claim to be an expert organic farmer. The proof is in the pudding, not the tired one-liner.

Years after the Vicktory dogs’ rescue, BAD RAP, Best Friends and Hector the Pit Bull continue to show us great welfare on behalf of the rescued dogs in their care. And that is possible because those groups and individuals were in it for the long game.

Consider the previously mentioned story of the Chilean miners and how riveted the world was listening to that ordeal and celebrating that long-awaited rescue. Where are they now and how are they doing? In 2011, a year after the event, those “rescued” found themselves in a myriad of challenging situations, largely because the outpouring of love and charity was there for the heroic rescue, but was short-lived and replaced by a complete lack of resources and support for their rehabilitation and return to society. One reporter writes,

One year after their globally televised rescue, after the worldwide spotlight faded and the trips and offers have dwindled, the miners say that most of them are unemployed and that many are poorer than before.

I think it’s fair to say that most of us certainly entered the “pit bull rescue” arena compelled by passion and emotion, not organizational acumen or rational thought. And that’s okay, because that’s how we discover the things that matter to us. And as individual dog owners and good samaritans, we should feel free to continue to be driven by our passions.

But once we decide to go further, to step up and say, “I want to do something for pit bull type dogs and I think starting my own non-profit will be the way to do that,” you now have a responsibility to stop being driven by your heart and your ego, and start making objective, thoughtful, evidence-based decisions that will help you accomplish your goals in the long-term. Because, after all, as so many rescues like to say, isn’t this supposed to be “all about the dogs?”

*It is important to note here that when I refer to “rescue” in this post, I am referring specifically to organized groups and registered non-profits who claim to be engaged in the work of “rescue.” I am not referring to the individual good samaritan exercising her altruistic right to rescue and rehome one dog at a time, which coincidentally is what many of the existing “rescue groups” should probably be doing instead.

12 Responses to The Romance of Rescue