Will the Jerry Maguires of Animal Welfare please stand up?

With unforgettable quotes like “You complete me” and shots of a frazzled Tom Cruise exclaiming “Help me, help you” to a naked Cuba Gooding Jr., it’s easy to forget the opening scene that started it all in the 1996 romantic comedy, Jerry Maguire, in which the reborn sports agent crafts a mission statement to redefine professional sports representation.  In the scene, through a weepy, epiphany-induced flurry of typing, he writes:

With so many clients, we had forgotten about what was important. . . The key to this business is personal relationships.

While I can’t say there are a ton of similarities between sports agents and animal welfare workers–other than a mutual love for the expression “let’s play ball!”–I do think that this feel-good Hollywood storyline has a crucial lesson for those of us out there working on behalf of homeless and abused animals.  And I think it goes something like this:

With so many animals, we have forgotten about what is important . . . The key to this business is personal relationships.

Last month at the annual conference for the Association of Professional Humane Educators, Elizabeth Arbaugh and Lauri Torgerson-White of the Detroit Zoological Society led an interactive presentation focused on the Center for Zoo Animal Welfare in which they posed the following question:  What does it mean to provide great welfare for an animal? 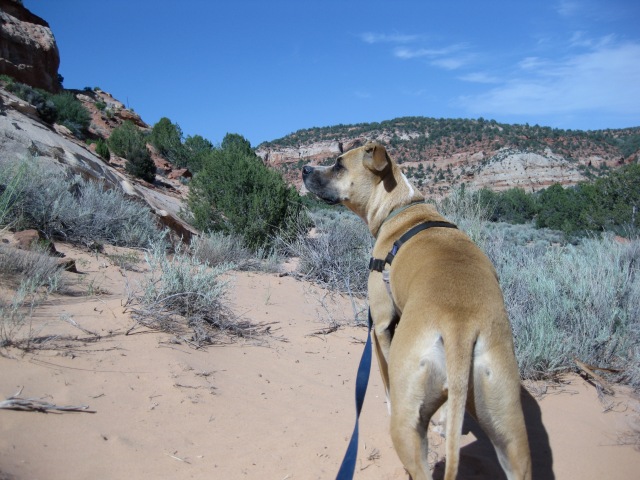 During this presentation, they split our audience into two groups:  frog caregivers and polar bear caregivers.  They then asked us to divide into smaller working groups and develop a plan that would ensure “great welfare” for our assigned animal based on “The Five Freedoms.”

The Five Freedoms are:

1. Freedom from Hunger and Thirst – by ready access to fresh water and a diet to maintain full health and vigour.

2. Freedom from Discomfort – by providing an appropriate environment including shelter and a comfortable resting area.

3. Freedom from Pain, Injury or Disease – by prevention or rapid diagnosis and treatment.

4. Freedom to Express Normal Behaviour – by providing sufficient space, proper facilities and company of the animal’s own kind.

5. Freedom from Fear and Distress – by ensuring conditions and treatment which avoid mental suffering.

Naturally, plenty of folks in the audience had similar reactions to this seemingly daunting task:  “Um, I don’t know anything about polar bears.”  Because most of the audience members worked with organizations primarily serving cats, dogs and other domestic pets or farm animals. 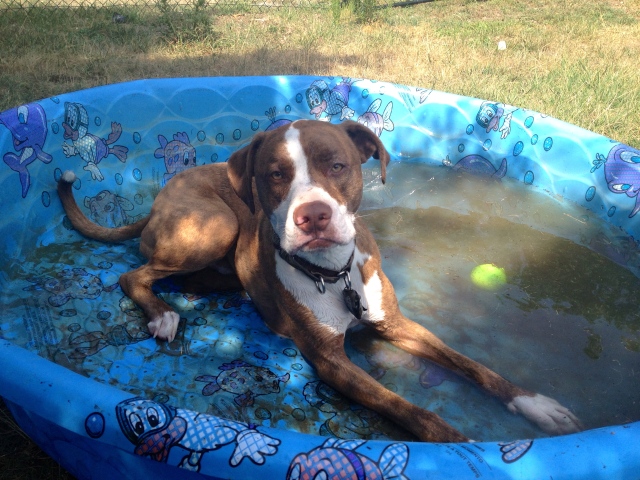 Coincidentally, establishing great welfare for animals has far less to do with what information you actually know and which species you happen to work with, and far more to do with what kinds of questions you ask in relation to the care and well-being of that animal.

For example, let’s take a look at the first freedom listed above:  Freedom from hunger and thirst.  I’m guessing most folks working in shelters and rescues will say, “Yes, of course we provide the animals in our care with food and water.  They’re fed kibble twice a day and have access to a bucket of fresh water at all times.”  But that statement only speaks to basic care and baseline welfare, not great welfare.

As it turns out, polar bears do not drink water at all, frozen or fresh.  All of their water is obtained from the high fat content in their natural food sources:  seals and fish.  But what if you care about seals and fish and don’t want to see them eaten?  What if you’re a vegetarian or vegan?  Polar bears also eat berries and vegetation during the seasons in which they’re available, but depriving them of their high-fat/low-protein carnivorous diet means that they won’t get the water content necessary for basic biological functions.  Once you make the choice to take on the responsibility of caring for a polar bear, these are the things you need to consider.

Staying with the polar bear example for a moment, let’s look at the fifth freedom:  Freedom from fear and distress.  If polar bears eat seals, what happens if you put a seal enclosure next to a polar bear enclosure?  If the polar bears are able to see and smell, but never reach a natural food source, will they be overly stressed?  How would you feel if after 20 years of enjoying sweets, you were asked to cut all sugar out of your diet but forced to stand in the doorway of a bakery every day?  I can barely stand to watch Top Chef while trying to not overeat in the evenings. 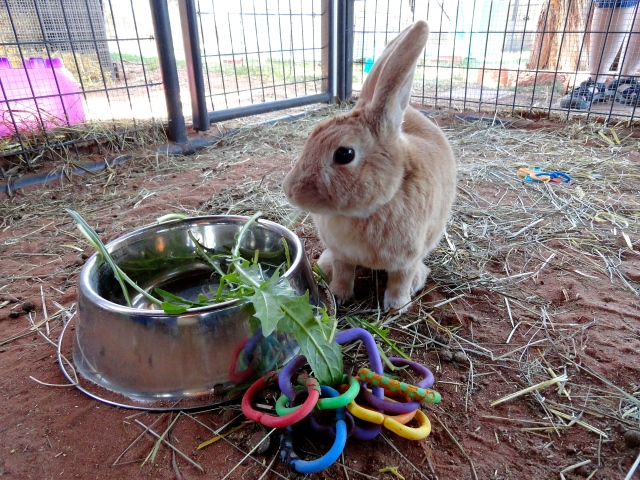 This rabbit at Best Friends Animal Sanctuary, ala Jerry Maguire, says, “SHOW ME THE BUNNY!”

Or let’s flip that, what about the seals?  How stressful do you think it must be to live every minute of your day within a few yards of your natural enemy?  How are certain prey animals like rabbits or geese or horses affected by being forced to live in close proximity to natural predators like dogs or cats?

What is the difference between caring for an animal and providing great welfare for that animal?  The Center for Zoo Animal Welfare answers that question with a different question:  Are they thriving or just surviving?

According to the Center, ensuring animal welfare demands acknowledgement of five “fundamental issues”:

Consider the first statement in the list above.  How often do you see animal rescuers declaring that the animals in their care are happy rather than actually asking themselves, How do I know this animal is happy?  And the second point above:  How often are individual rescued animals actually given basic choices as opposed to being handed the same generic treatment because of their species or breed?  How many of you have volunteered for a group or organization that mistakes “good care” for “good welfare”?  How often do the groups you volunteer for rigorously evaluate and assess the welfare of their animals?  Do those groups inspire and support open dialogue and the sharing of information both within the organization and among different organizations with regard to the welfare of the animals?

The Center for Zoo Animal Welfare further explains the following in relation to their basic philosophy:

Human medicine offers a compelling model for considering the unintended effects that zoos may have on the animals in their care. Some hospitals have challenged widely held presumptions that they only help patients and have found, despite good intentions, their efforts can actually result in unintended harm to patients. Internal focus on the issue led to assessment of unintended consequences in patient care and changes in how some hospitals operate. The Center for Zoo Animal Welfare parallels this work for captive exotic animals.

Despite our best of intentions (which usually include saving more lives and killing fewer animals), it is quite likely that our rescue efforts are having a whole host of “unintended consequences” when it comes to our animals’ welfare.  All sound, responsible, effective animal rescue and care should be underscored by initial and ongoing assessment of welfare and appropriate changes to how organizations operate based on those assessments.

When I first visited Dogtown at Best Friends Animal Sanctuary in 2009, I remember our orientation leader telling us that many years prior, the sanctuary was maintaining a dog population of around 600 dogs.  He then went on to say that eventually, they made the decision to bring that average population number down to about 300 dogs, ultimately allowing them to rescue more dogs per year and greatly improve those dogs’ overall welfare.

This is why powerhouse organizations like Best Friends, BAD RAP and Farm Sanctuary are as successful as they are.  Not because they happen to have more money than other organizations (which isn’t a coincidence or luck, by the way), but because they raised that money, and shaped all subsequent decisions, with the goal of focusing on individual animals’ welfare in mind.  They don’t let “the thrill of the rescue” or “the need to save” drive their decision-making.  Great animal welfare, not just numbers rescued and adopted, is what drives thoughtful, evidence-based work in the shelter community like Kelly Dunbar’s Open Paw program and Aimee Sadler’s play group work.

The reason that blogs like Love and a Six-Foot Leash and Peace, Love and Fostering are so popular–besides the superb original content they regularly produce–is that they showcase great welfare for individual dogs.  Their writing doesn’t focus on how horrible a dog’s life was prior to coming to them, or on the number of dogs they’ve fostered, but rather they focus on the process, the journey, the long-game.  Quality versus quantity. One dog at a time.  Less rescue, more welfare.  Fewer animals . . . better care.

And let’s not forget Maguire’s reminder about the importance of “personal relationships” and “caring for ourselves.”  In other words, dump Kelly Preston and commit to Renee Zellwegger.  Drop the counterproductive personal baggage, focus on what matters, and you’ll save more animals (or in Jerry’s case, ornery football players) than you ever thought possible.

8 Responses to Will the Jerry Maguires of Animal Welfare please stand up?