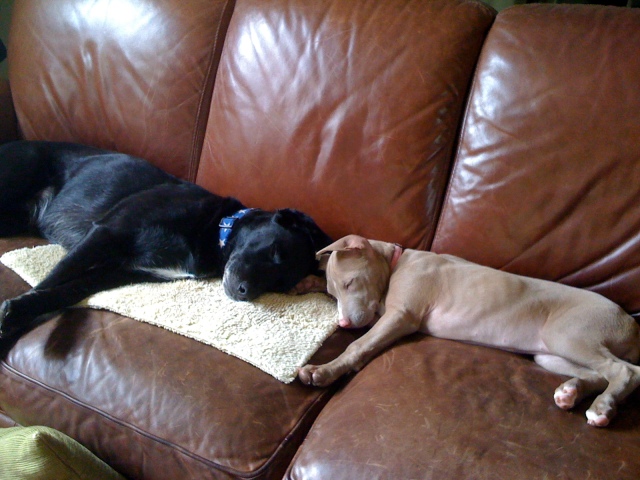 Dog play, quite simply, is radically different from human play.  Vocalization, meaning loud grumbling, exhalation, and other vocal expression by one or both dogs during play, is often misunderstood as aggression or inappropriate play, even though it’s often just the opposite and quite different from problematic, guttural growling.  In yet another effort to more closely examine the play between two of my dogs, I offer the following:

Caveats to keep in mind when viewing this video: